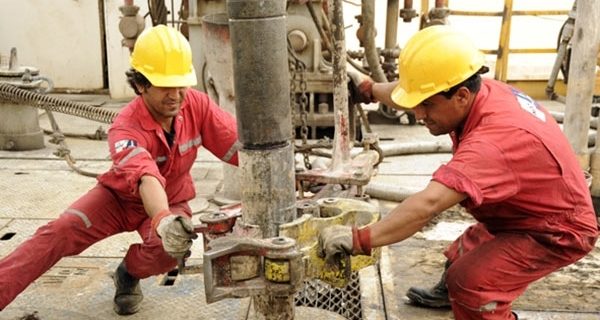 TEHRAN (FNA)- Deputy Managing Director of National Iranian Drilling Company (NIDC) Hamid-Reza Khoshayand says his company had drilled or had completed drilling operations on 141 oil and gas wells both onshore and offshore.
Khoshayad said the operations had been carried out by the NIDC in the first eight (March 20-November 20) months of this Iranian calendar year of 1395 (started on March 20).
He said his company had drilled 19 more wells in the period compared to the figure in the corresponding period the year before.
He added that in the first eight months, the NIDC had drilled 197,958 meters. “Some 51 out of the total wells drilled in the period were appraisal, two exploration and 88 workover wells.”
The official said 80 of the wells were in zones operated by the National Iranian South Oil Company (NISOC), 40 in the areas overseen by Petroleum Engineering and Development Company (PEDC), nine in that of the Iranian Offshore Oil Company (IOOC), five in the Iran Central Oil Fields Co (ICOFC), one on order by the Exploration Management Department of National Iranian Oil Company (NIOC) and six within framework of projects.
Deputy Managing Director of the NIDC said thanks to measures adopted, drilling operations on 37 wells were completed 580 days ahead of the schedule.
The official said in the first eight months of this year, one drilling rig was added to the NIDC fleet.
The NIDC enjoys 75 offshore and onshore drilling rigs and more than 17,000 efficient and highly powerful workforce busy drilling.