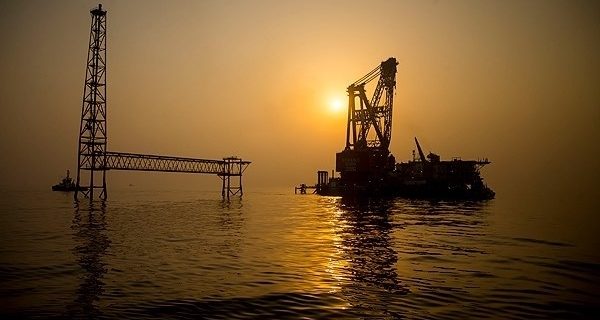 TEHRAN (FNA)- Danish Ambassador to Tehran Danny Annan says Danish energy companies are keen on investment in Iranian South Pars gas field.
Speaking on the sidelines of a tour of South Pars gas field, Annan praised Iran’s achievements in South Pars gas field and said he and all the Danish companies’ envoys did not expect such a progress and that they were shocked by the achievements.
Danish company envoys have good reasons for their amazement. In the past three years, phases 12, 15, 16 and part of phases 17 and 18 of South Pars were put into operation by Iranian contractors. Within the period, Iranian contractors broke the record for operation of the South Pars platforms. Operation of six platforms of South Pars gas field fell in the schedule of south Pars Oil and Gas Company (POGC). Three platforms have thus far been put into operation. Now, Iran gets 460 million cubic meters gas from South Pars gas field and based on the plans made, Iran’s gas extraction from the field will exceed 500 million cubic meters by end of this year on March 20.
Development of South Pars gas field is of high importance for Iran due to its being common with Qatar. The last Head of Agreement for development of South Pars was signed with the Total, CNPC and Petropars consortium, thus closing the file with contracts for development of the gas field. Iran seeks to use the advanced technology for enhanced recovery of the gas field and preserving its production.
Danish ambassador went on to say that presence of Danish companies in South Pars will mark a golden opportunity for them and we hope the ground will be prepared for cooperation with Iran in various domains.
Annan, referring to vast grounds of investment in Iran, said Danish energy companies are eager to invest in South Pars gas field.
He pointed to low cost of oil and gas extraction in Iran compared to that in the North Sea, including comparative advantages of Iran, and said the advantage has made investment in Iran attractive for the Danish companies.
The official said drilling and oil and gas extraction operations in Iran are in suitable condition and this has made many international companies to be eager to be present and invest in Iranian oil and gas sectors.
He said Danish companies are experienced and capable enough with high potential in oil and gas and said many international companies are now cooperating. “Danish companies are hopeful to cooperate with Iran in development of South Pars field.”
Also referring to presence in Iran of five Danish energy companies in South Pars gas projects and said, “I am happy that the opportunity will be provided for visit to phases and gas refineries of the region.”
He noted that based on the information he had gained during inspection of the region and of the company, the Danish party will introduce the companies to Iran with which to hold talks for starting cooperation in the region.
Over the past few days, Danish commercial and oil delegations had held meetings and talks with Iranian oil industry contractors and investigated grounds of mutual energy cooperation.